Rhinoceruss Music is marketing tenor sax player Russ Nolan’s new album Tell Me as Latin jazz inspired, but labeling it that is a misnomer. Nolan is a swing savvy jazz sax player. You can use any of his solos on Tell Me as proof of that. Nolan’s playing taste like the great Joe Lovano’s. Because Tell Me is mislabeled doesn’t suggest it's a bad album. It’s worthwhile, and Nolan has a tough crew—piano player Art Hirahara, bass player Michael O’Brien,drummer Brian Fishler, and special guest violin player Zach Brock—neither is a household name, but they’re team conscious musicians. Tell Me should be reclassified as a smooth-bop album because it has bop and smooth jazz characteristics. The smooth jazz thing is obvious on Nolan’s arrangements of Creepin’ and Man in the Mirror.

Obviously, jazz guitar player Albert Dadon (in jazz circles he’s known as Albare) invested considerable time pouring over Wes Montgomery’s and George Benson’s discography. Those influences are clear on Albare’s forthcoming album Long Way, which Enja Records releases October 9. Albare has been rolling with his band iTD, which stands for International Travel Diary for a few years. Aside from Montgomery's and Benson's influence, Albare has a worldly style. Albare was born in Morocco, and he’s lived in Israel, London and Australia. There he was credited as a acid jazz pioneer. Currently, there no acid jazz residue in his chops. As Long Way shows, he's heavily into straight ahead acoustic bop. It’s worth pointing out Albare is also a selfless and daring leader. On the front line, he pared a tenor and a harmonica. Throughout Long Way, Albare allows his band-mates to have their say. The harmonica player Hendrik Meurkens is the albums gold medalist. On the slow jams Love Again and Moving on, Albare lyricism is haunting. 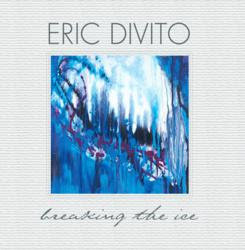 Jazz guitar player Eric Divito has been building a reputation on New York’s music scene fronting three bands, The Eric Divito Group, Project 3tet, and Pepper Spray, a Red Hot Chili Pepper tribute band. Clearly, Divito likes keeping busy. In between juggling bands, Divito found time to make a decent debut album Breaking The Ice, which goes on sale Tuesday. The album exposes Divito’s strengths and flaws. Divito is not a gaudy  guitar player although he has the facility to cut loose, which surely he does performing with Pepper Spray. But, on the jazz front, Divito is conservative. His soloing on Time Remembered and From and Old Sketch is clean-cut. Even on a higher tempo cut such as Shoot The Messenger, Divito is even-keeled a la jazz guitar players Jim Hall and Joe Pass. Deep down, Divito is a closet swinger. Divito plays it safe, but maybe next time around hell let his inner swinger loose.
Posted by Charles L. Latimer at 9:48 PM