Cassandra, I overheard a few months back someone say it seems almost impossible nowadays for musicians and bands to produce a quality album. I agreed with that outlook before I heard your new album for Blue Note Loverly,

I took to this album immediately. It is the first new album l've listened to this year that excited me. You transformed the standards Caravan, The Very Thought of You, and Sleepin’ Bee into grown up lullabies.

I was sold on Loverly after listening to Black Orpheus. Like your foremothers vocalists Abbey Lincoln and the late Betty Carter.

However, I must say it would've nearly impossible to make a bad album with pianist Jason Moran, bassist Lonnie Plaxico, and drummer Reginald Veal backing you. Cassandra you are a vocalist hypnotist.

The next time I overhear someone saying musicians and band are in a slump. I will suggest they listen to Loverly.
Posted by Charles L. Latimer at 10:30 PM No comments: 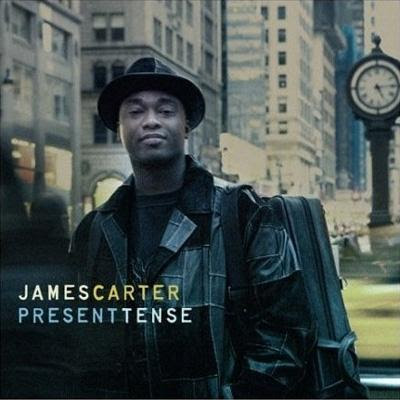 I have to be honest with you, James. I really dislike your new album for Emarcy Present Tense. This is a tough blog for me to write because just several months back, I wrote a blog expressing how much your music has impacted me over the years, and how you’re responsible for some of my most cherished musical experiences. The one I think about often is the night you recorded live at Baker Keyboard Lounge.

You had saxophonists David Murray, Johnny Griffin, and Detroiters such as the late drummer Pistol Allen and alto saxophonist Larry Smith. I was sitting across from Kid Rock and his lady Pamela Anderson. I would have never figured them to be fans of your, but they were transfixed like the others in the audience. At least monthly, I think about that night.

That was along time ago, James. For what it’s worth, I always left your concerts confident you could do no wrong. Before I get into my take on your new offering I should tell you about a promise I made when I decided to start this blog page. I promised myself I would be forthright in my assessment of the albums, concerts, and people I blogged about. That meant at times I would have to write some unfavorable reviews about musicians I genuinely admire.

That said, James, for people to understand what a magnificent musician you are they have to hear you live. I would encourage them to purchase your albums Live at Baker Keyboard Lounge and Out of Nowhere, live recordings where you were uninhibited. I cant’ recall how many people I recommended those albums to. I loved those albums because they were straight up blowing sessions.

This new album Present Tense sounds like you started out on a journey with no particular destination in mind. And throughout it sounds as though someone forced you to modify yourself. Gone were those fancy catchy nuances you'd add at the very end of certain tunes. That was a recognizable trademark that distinguished you from other saxophonists.

Also, missing from Present Tense are those glorious ballads where it appeared you're engaged in an intimate dialog with your horn. There’s nothing particularly interesting about Tenderly and Song of Pour Que Ma Vie Demeure, ballads you performed on Present Tense. Even your homage to Eric Dolphy was flat. This entire album come across like outtakes from your previous offerings. Of the albums in your discography, this is the most disappointing.

You staffed your previous albums with mostly Detroiters. When you played with those guys there’s chemistry. That’s the sort of connection that’s missing with the sidemen on Present Tense guitarist Rodney Jones, bassist James Genus, drummer Victor Lewis, and pianist DD Jackson. The lack of chemistry is so noticeable it sounds like you guys were confined to separate rooms while recording this album. That might explain the cut and spliced together feel Present Tense has.

The only Detroiter on the album is trumpeter Dwight Adams. Surprisingly, Adams is not at the top of his game. It appeared as if he tried to forge a bond with these musicians who he’s obviously not comfortable playing with. The biggest eyesore is pianist DD Jackson. On Rapid Shave, he bangs and hammers the piano like he’s mad at it, or like he’s unleashing some pinned up aggression.

As I mentioned earlier, this is a difficult blog for me to write. I have to admit James, that I feel like a fair-weather friend, but this is the first time you put out a product that doesn’t measure up to you considerable talent.
Posted by Charles L. Latimer at 11:40 PM 1 comment: