Thank you for inviting me to your album release party Tuesday evening at the jazz and supper club Seldom Blue. I had a ball. I decided to attend an hour before the party commenced. I was skeptical. I didn’t know if I’d be comfortable around diehard smooth jazz fans. As I mentioned during our conversation a few months back, at heart I’m a jazz-purist, but unlike some of my peers, I’m receptive to smooth jazz music.

Of course, you know, at times, purists are snobs and judgmental. Most feel that you guys aren't real jazz artists. For years, I felt that way, and I never defended smooth jazz artists when my peers criticized your peers.

After talking with accomplished smooth jazz artists and hearing others perform live, I now understand you guys are just as serious and passionate about your music as Coltrane, Davis and Monk were. I am no longer reluctant to defend smooth jazz music. Enough about the legitimacy of smooth jazz. Back to my comments on the wonderful album release party.

Most of the musicians that contributed to your album came to Detroit (the D) to support you as well as to play selections from “Doin’ the D”. Alexander it was the first time in my career as a jazz journalist I’ve been in the company of so many smooth jazz all-stars. I hate I didn’t get a chance to talk with you. You’re surrounded by well-wishers before you took the stage.

Alexander, I set in the front row within arm reach of the Motor City Horns. . You probably didn’t see me because your eyes were shut while you performed. Here’s what I enjoyed most about the party. It was definitely your night, but you gave your guest-stars the spotlight. Honestly, the party felt like a showcase for them. I have to acknowledge your selflessness. What an appropriate way to convey your appreciation to those musicians for their participation. I had several favorite moments.

First, was Dwight Sills, the keyboardist for Pieces of a Dream. Dude was the most animated guest soloist. He was hopping about as if he was walking on hot cold. He was a seasoned show-boater for sure, and his antics worked right down to the outlandish military inspired custom-made suit he wore. Next, was guitarist Ken Navarro who stole the show. Jeff Lomber was good too, but he wasn’t nearly as animated as Sills was or absorbed into his soloist like Navarro was. Lomber deserve a gold star for the production work on “Doin’ the D”.

Vocalist Maysa was the crowd favorite. She looked delicious in that green wrap blouse with her amble tits looking as if they would pop out at any given moment, but they behaved, and she wailed. Billie, Dinah, and Sarah would’ve envied her performance. If Maysa keeps her chops strong soon she will be in the same league as jazz most celebrated vocalists. You can bank on that.

Alexander, your flute work was memorable. I never imagined the flute could be played so rapidly. Whenever you heard a solo you liked, you’d yelled oh yeah! You behaved like a cheerleader. I should mention Kenny Brooks, the drummer. He kicked butt too. If Roy Haynes were a smooth jazz drummer, he’d sound like Brooks lick for lick.

Your party was a hit. Next you an album release concert I could convince some of my jazz-purist peers to accompany me. It’s a long shot, but worthwhile I feel. I believe you could convert them.

Continue to swing,
Charles
Posted by Charles L. Latimer at 10:12 PM No comments: 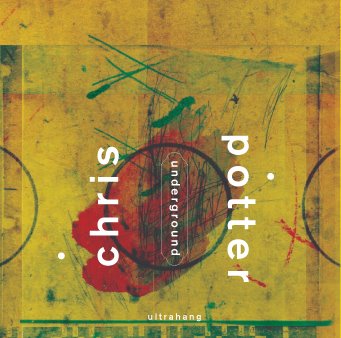 I’m no sure which of your performances I have enjoyed most. Your work on the upcoming release “Monterey Quartet: Live at the 2007 Monterey Jazz Festival album , which has an all-star rhythm section bassist Dave Holland, pianist Gonzalo Rubalcaba, and drummer Eric Harland. I predict this album will be at the top of many jazz journalists best albums of 2009 list. I guarantee it will be on mine.

The other date that’s monopolized my attention is “UltraHang”, your lateness album as a leader. I admire the team spirit on this outing. Chris, the album could be a template for how a jazz fusion album ought to sound.

There’re praiseworthy solos throughout. On “Boot” and “Facing East”, drummer Nate Smith made his drum kit float, and throughout the recording pianist Craig Taborn culled a soft and comfortable sound on the Fender Rhodes, which is one of the most annoying instruments ever invented.

I have to consult with a few musicologists. I'm almost sure that “It Ain’t Me, Babe” is the first jazz fusion ballad known to man. The only discernible eyesore, Chris, on “Ultrahung” was “Interstellar Signals”. It’s too esoteric for my taste, and I couldn't comprehend your intent.

This album could have been a disaster in the wrong hands. You assembled guys that are jazz musicians by trade. They also aren’t afraid to tackle other forms of music. Pianist Craig Taborn, guitarist Adam Rogers, and drummer Nate Smith adhered to the course you mapped out. You created enough elbowroom for the guys to be creative. When they improvised, neither never got carried away.

Taborn, for example, is a creative dude, but he has a rambunctious streak. At times, he bangs on the piano keys as if he working out some aggression. On this album, however, Taborn soloing was straight-to-the-point. You're colorful and daring in the space you carved out for youself.
Your blowing on “Monterey Quartet: Live at the 2007 Jazz Festival” and “Ultrahang” were chunks of Sam Rivers and Booker Ervin’s style spliced together. I wonder if either saxophonist influenced you. Chris, I may never determine which I'm more attracted to you as a sideman or you as a bandleader.
Posted by Charles L. Latimer at 2:15 PM No comments:

THIS ALBUM WILL MAKE YOU DANCE

Matt, today I had a chance to listen to your new album “That’s Gonna Leave A Mark”. After I listened to it, I felt compelled to play my favorite Eric Dolphy albums “Far Cry with Booker Little” (New Jazz 1960) and “Out to Lunch” (Blue Note
1964). Your album reminded me of those classics.

Your quartet matched the level of musicianship Dolphy and his band-mates achieved. I honestly wondered if Dolphy’s spirit was present during the making of “That’s Gonna Leave A Mark”. On “Shooshabuster” and “Rear Control” alto saxophonists and bass clarinetist Andrew D’ Angelo has the heavy tone like Dolphy Your band also cleared up the any doubt I had about a band ability to swing convincingly with a piano player.

For years, Matt, I’ve believed any band or ensemble needed a piano player. The band couldn’t survive without a pianist in the mix. My attitude changed slightly when I heard drummer Jeff “Tain” Watts’ latest album “Watts”. Watts excluded the piano, and the album still swung from top to bottom.

I was so preoccupied dancing to your album I didn’t notice the piano was missing. I noticed after I listened to your album four times. Now I’m convinced a piano-free group can swing. “That’s Gonna Leave A Mark” could be loosely classified as a free jazz album. Your original “Getting Friendly” was the first free jazz love song I’ve heard since I started listening to jazz.

“Area Man”, another of your original, was also the first free jazz composition that had me dancing Of the 11 compositions on this album; “Area Man” was the one I kept rewinding. Matt, truthfully I have to be in a certain frame of mind to listen to most free jazz. I cannot listen to it everyday like some of my friends can, but I could listen to “That’s Gonna Leave A Mark” daily.

You made a free jazz album that’s digestible. It did not come off like a four musicians in the studio making a bunch of noise, or playing the first things that pop up in their heads. Every inch of the music was thought-out and flawlessly executed.

You have a kindred connection with your employees saxophonist Jeff Lederer, bassist Chris Lightcap, alto saxophonist and Andrew D’ Angelo. Although you are the leader, you encouraged their participation. Each musician contributed a composition. “That’s Gonna Leave a Mark” is a fitting title, because it'll be impossible to rub this album off my ears.
Posted by Charles L. Latimer at 9:36 PM No comments:

I was disappointed Saturday night. I went to Baker’s Keyboard Lounge to hear you, but you were not there. I heard you last at the 2008 Detroit International Jazz Festival. A year is too long to go without hearing you live. I also wanted to catch up with you. Are signed to a record deal yet? You're definitely a Detroit cat who should be on a major label. that my opinion for what it's worth. I bet if you poll your fans they'd agree with me. Just keep blowing man. You'll get a deal someday.

I arrived at the club at 11:00pm. The first set had just wrapped up. The guy at the front door refused to explain why you were a no-show. I wanted to demand an explanation, but I refrained. I did not want to make a scene. I felt as if I had been the victim of a bait and switch con. During the intermission, I asked pianist Rick Roe what happened.

Roe said you’re touring. He did not say who you're touring with. Mark Stryker, the jazz critic for the Detroit Free Press, announced your gig in his Thursday column, and I wondered why nobody notified Stryker of the cancellation.

A young trumpeter named Curtis Taylor subbed for you. I heard trumpeter Derrick Gardner of the MSU Professor of Jazz was supposed to sub, but he sprang his ankle and he couldn’t make the gig. Saturday, was the first time I heard Taylor. I didn’t get a chance to talk to him. However, Roe told me Taylor graduated from Michigan State University, and he’s played with pianist Cyrus Chestnut.

Taylor did a good job. He was backed by two up and coming player’s drummer Nate Winn and bassist Noah Jackson. Winn is going to be a star. He’s a sensitive drummer. He doesn’t overplay his band-mates or beat the drums like he hate them. Jackson understands one of his chief responsibilities is to keep the band on course.

Taylor was not afraid to tackle compositions by John Coltrane and Thelonious Monk. Taylor was competent on Coltrane “A Moments Notice”. Although Roe has way more experience than his band-mates, he didn’t have to hold their hands on any of the compositions.

I’m anxious to witness Taylor, Winn, and Jackson developed. Dwight I understand the choice you made. You have a family. When a more lucrative gig surfaces you, have to jump on it. Saturday night wasn’t a total bust. At least I got a chance to experience Taylor, Winn and Jackson, three future stars.

Charles
Posted by Charles L. Latimer at 7:38 PM No comments: