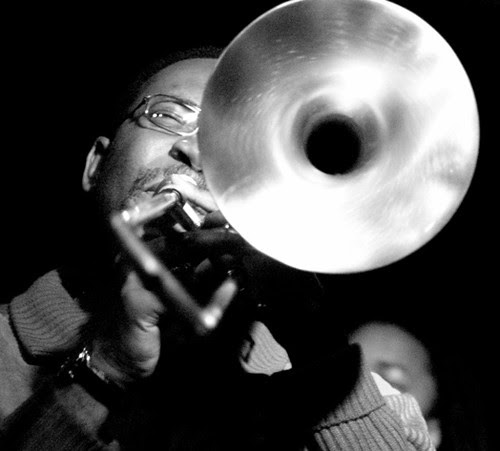 Recently, a friend asked me who were my favorite jazz musicians I’ve interviewed over the years. Without giving the question much consideration, I blurted out Sonny Rollins and Wayne Shorter, but I couldn’t tell my friend why. It was a basic question that caught me off guard, and I gave a knee jerk answer.

I reread some of the articles I wrote over the span of my career as jazz journalist. I thought about my friend’s question again, and now I have a more thought out answer. My favorites were Detroiters organist Gerard Gibbs, vocalist Penny Wells, and trombonist Vincent Chandler. I admired their determination. They controlled their careers. It would’ve been more practical if they got good jobs instead of chasing their dream, but they understood the obstacles they faced.

Gerard Gibbs, for example, worked as an architect, and he earned good money. Yet he felt empty. He felt fulfilled making music. He quit his job to play full-time. He immediately landed steady work at popular jazz clubs such as Floods and Baker’s Keyboard Lounge. He produced two well received albums To Be or Not to B-3 and Livin’ & Learnin’, and he toured with saxophonist James Carter’s organ trio.

Vincent Chandler could have made a name for himself, playing standard compositions exclusively, but the trombonist started Urban Transport, a jazz quintet which dared to be unique by performing only original material. Chandler challenged his band-mates. Under his leadership, Urban Transport flourished. I heard the quintet on numerous occasions at Baker’s, and twice at Detroit International Jazz Festival. They never disappointed.

Of the three Detroiters, vocalist Penny Wells was the most tenacious. Wells proved her worth. When she was a teen, Wells’ music teacher tried to discourage her. The teacher said Wells couldn’t sing, and suggested Wells learn to play the violin.

Wells was infuriated, but she continued on. In 2004, she released an unforgettable debut album titled Shine. The vocalist showed such versatility the album could’ve been classified as a jazz, R&B, and Neo-Soul albums. Plus, she wrote and co-produced the songs. Wells and I became friends. She kept me updated on her career. I never told her I played Shine more than any other album I own.

Gibbs, Chandler, and Wells created opportunities. They were memorable interviews. I’m fortunate because I witnessed them realize their dream.
Posted by Charles L. Latimer at 4:11 PM No comments: