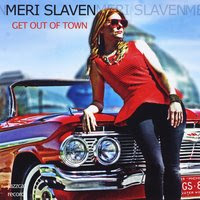 It’s a crying shame that a jazz vocalist who sings as divinely as Meri Slaven isn’t a household name. Sure, in Michigan, her home state, she's popular and she’s performs regularly at upscale clubs and restaurants. She’s also a key member of a hot vocal group the Metro Jazz Voices. Maybe the recent release of her new album “Get Out Of Town,” will get her the national attention she’s earned and she deserves. “Get Out Of Town” has 13 songs and she staffed the album with some top Detroit jazz musicians such as Ron English, Sean Dobbins, Paul Keller, and Scott Gwinnell. Hard to make less than a stellar album with such star power. Slaven pours her voice over well-known oldies such as “The Trouble with Me is You,” “Moonlight” and “Like a Lover”. The cuts likely to get played over and over are “A Blossom Fell,” “I Thought About You” and “True Colors” because you get to experience Slaven one on one with Gwinnell and Keller. Her voice could turn the devil into a romantic. 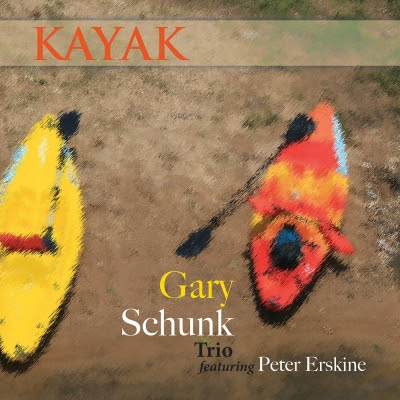 Gary Schunk has been an in demand jazz pianist for decades. Early this year, the Detroit jazz community almost lost him. He was in a near fatal car accident. Fortunately, he’s bounced back and is back on the scene swinging harder than ever. There’s a lot of work yet to do. First order of business is he has to push his new album “Kayak,” one of the finest jazz trio recordings made in Detroit in a while. Pure down to the bone jazz, akin to the classic trio dates great jazz pianist such as Red Garland and Tommy Flanagan used to make. “Kayak” is the sixth album on the Detroit Music Factory. Schunk is at the top of his game, which isn’t surprising. There’s never been a time when he wasn’t. As some of his peers have noted over the years he's gifted and he can play everything R&B, classical, bop, Latin, and swing. Fronting a trio, as the album clearly proves, is his true calling. There are 12 cuts on “Kayak” that Schunk, drummer Peter Erskine, and bassist Ray Parker approach with the adherence to craftsmanship of master tailors.
Posted by Charles L. Latimer at 7:32 PM No comments:


The jazz vocalist Dianne Reeves’ concerts are hit or miss. When she’s on point, her concerts are something to behold. When she has an off night, you feel letdown as if she didn’t give her all. She has one of the best voices in jazz, and her scatting rivals any of the great jazz vocalists of any era. Friday night at Orchestra Hall in Detroit, Reeves played the first concert of the 2014-2015 Paradise Jazz Series.

Reeves scatted a hell of a lot, which is often heavenly when she does so in moderation. She’s a natural born storyteller. The thing is the stories haven’t changed over the years. You wish she’d update them, or better yet spend more time singing.

During the second set Friday, for example, Reeves was chatty, particularly when gushing about actor George Clooney who hired her for the movie “Good Night, and Good Luck,” and talking about her aunt fooling a group of vegetarians at a family cookout by lacing their vegetables with bacon grease.

Clayton is the new member. It was his second show with the band. He’s a young buck and he’s made quite a name for himself. As a session leader, he’s released three excellent albums, and he showed his knack for backing a world-class jazz vocalists throughout the concert.

The band warmed the stage for Reeves, opening with the standard “Summertime”. Then she floated on stage, scatted her way through the second song, which didn’t have words. At the end of it, she tacked on an amusing story about attending a Stella Cruz concert in L.A. back in the day. Reeves likes to include amusing stories in the middle or at the end of songs.

Reeves is a wiz at improvising. She does it as skillfully as a horn player. That was on full display when trumpeter Terence Blanchard joined the band for a seductive take of “Stormy Weather”.

Note for note, she matched Blanchard. At one point, it seemed as if they were making love musically on stage. The concert could’ve ended after that number with the audience satisfied she’d given them a good show.


But the concert carried on. And Reeves sang less and talked more. The audience didn’t mind though. However, when you pay to hear a top jazz vocalist, you want the vocalist to at least sing for 90% of the concert.

Posted by Charles L. Latimer at 7:56 PM No comments:

No doubt, Gregory Porter is the top male vocalist in jazz right now. His 2012 album “Be Good” put him on the map, and his follow up “Liquid Spirit” earned him a Grammy. He caught many jazz fans off-guard when he hit the scene about five years ago. Jazz has male vocalists of all makes and models, but none as dynamic or as grassroots as Porter.

Porter’s band came out first. Right off, they got chummy with the melody of “Painted On Canvass,” one of the best cuts from “Be Good”. Then Porter walked out. He was only a handful of choruses into the song before the crowd lost their ever-loving minds. He’s a vocalist capable of singing R&B, blues, and jazz with equal aplomb.

Porter has a lot of stagecraft. All concert long, he had the crowd geeked, and yelling the title of songs they wanted him to sing. At times, he had the swagger of a country preacher, especially when he belted “No Dying Here” and “Be Good”. Porter is big on crowd participation also. Often during the set, the crowd was working and singing harder than Porter.

The night’s most endearing moment was Porter’s duet with pianist Chip Crawford on “Imitation of Life”.  Porter’s voice melted over the lyrics. His band is capable for the most part, and he allowed them more leeway than any band backing vocalists should get.

Saxophonist Yosuke Sato was all over the map. He has the stage presents of a smooth jazz saxophonist, heavy on long soloing and grandstanding. Yes, he sounded good, but there wasn’t much meaning to his solos.  He seemed to recycle the same note during one long solo after the other.


At first, his solos were engaging and they got the crowd psyched. But roughly four songs into the set the long soloing became annoying. Crawford was guilty of the same sin. To Sato's and Crawford's credit, the audience was engrossed.

Sato and Crawford were definitely showboating. It appeared as if they were competing with Porter. Porter encouraged the behavior. So not only is Porter a freakishly awesome vocalist he's also a generous  and a liberal bandleader.
Posted by Charles L. Latimer at 6:21 PM No comments: