Jose James
Yesterday I Had The Blues The Music of Billie Holiday (Blue Note Records)
Billie Holiday would have turned 100 April 17th. In celebration of her centennial tributes concerts were thrown around the country, and some tribute albums were released. The one that I couldn’t stop playing was “Yesterday I Had The Blues” by vocalist Jose James, whose voice one day will be a national treasure. James performed such Holiday favorites as “Good Morning Hard Ache,” “Fine and Mellow,” and “God Bless The Child” so convincingly dare I speculate Holiday’s spirit was in the studio during the making of the album holding James’s hand on every song. 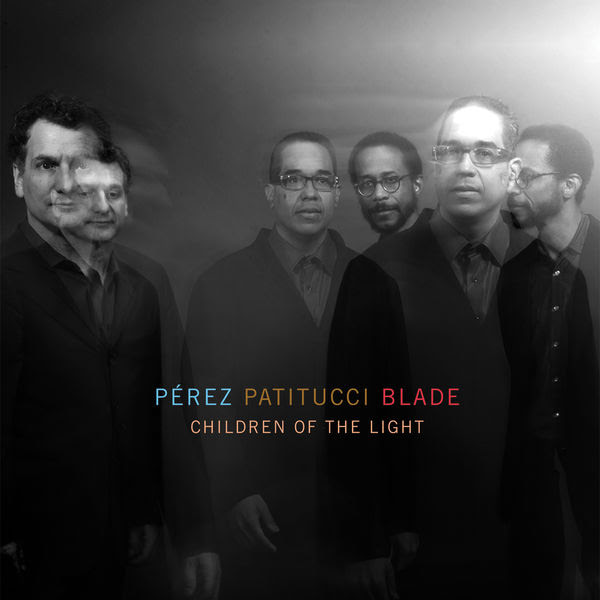 Perez, Patitucci, Blade
Children of The Light (Mack Avenue Records)
For almost two decades, pianist Danilo Perez, bassist John Patitucci, and drummer Brian Blade have backed the great saxophonist Wayne Shorter. The relationship has spawned four breathtaking albums, and this band is seen universally as one of the tightest breathing. “Children Of The Light” is the first time Perez, Patitucci, and Blade have recorded as a trio. The album of nine originals and one Shorter composition is largely a gesture of appreciation to Shorter for all he’s meant to his guys musically. The playing on this album is top notch, but that isn’t surprising. One can only picture the big smile Shorter must’ve had on his face after listening to “Children of The Light.” 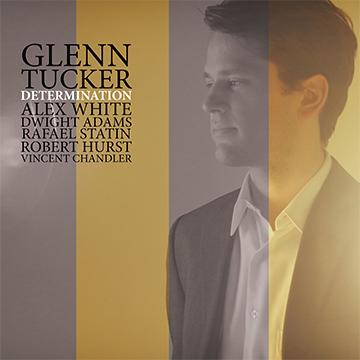 Glenn Tucker
Determination (Detroit Music Factory)
I was smitten by pianist Glenn Tucker’s playing after experiencing the first two tracks on this debut. Tucker is among a contingent of millennial jazz musicians making their presence respected on Detroit’s jazz scene. Tucker pulled off this debut in part by hiring several of Detroit’s elite swingers and some of Detroit’s rising stars. Tucker wrote all the music on “Determination”. The compositions he performed solo caused the most OMG reactions. 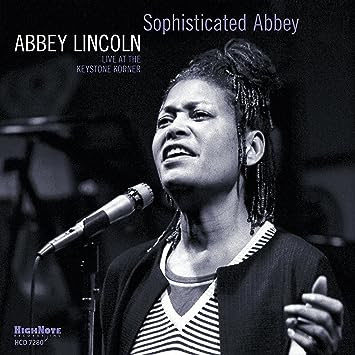 Abbey Lincoln
Sophisticated Abbey Live at The Keystone Corner (High Note Records)
This live date Abbey Lincoln made back in 1980. Lincoln was of excellent voice. She was backed by her longstanding rhythm sections James Leary, Doug Sides and Phil Wright. Lincoln had a rare gift the ability to seduce the hell out of a song. For “Sophisticated Abbey,” she applied that gift on some of her originals such as “Painted Lady,” and “People In Me”. The material I dreamt about after listening to the album was the medleys she sang that included “Sophisticated Ladies,” “The Nearest of You,” and “For All We Know”. 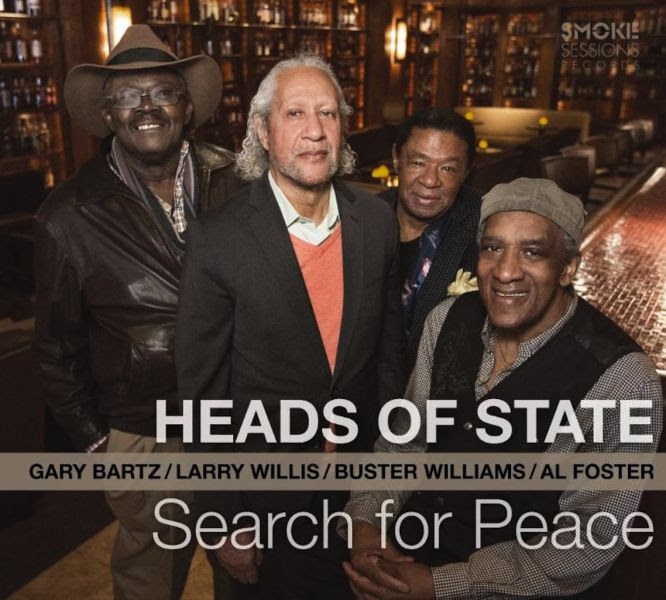 Heads of State
Search for Peace (Smoke Sessions Records)
Gary Bartz, Larry Willis, Buster Williams, and Al Foster are the members of the newly formed all-star jazz band known as the Heads of State. “Search For Peace” is the band’s mission statement.  What this album offers to the world is some familiar compositions performed by four of the greatest minds in jazz. “Search For Peace” is the kind of album you can listen to daily for the next decade and never grow tired of. 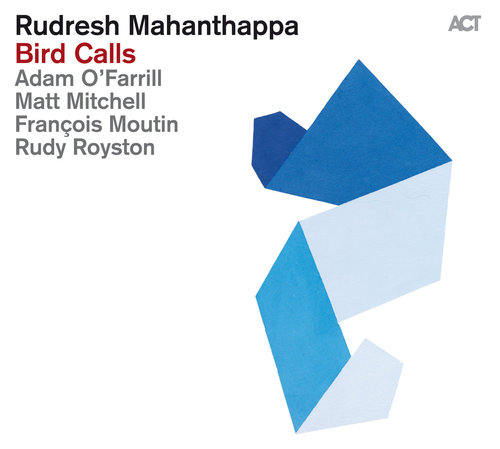 Rudresh Mahanthappa
Bird Calls (Act Music)
This album is alto saxophonist Rudresh Mahanthappa’s open love letter to bebop icon Charlie Parker. “Bird Calls” isn’t a garden variety tribute album. Mahanthappa elected not to perform Parker’s greatest hits. Instead, Mahanthappa borrowed elements of Parker’s compositions say the melody from “Donna Lee” and the progressions from “Relaxin’ At The Camarillo” and incorporated those elements into his new original compositions. Then Mahanthappa gave his band Adam O’Farrill, Matt Mitchell, Francois Moutin, and Rudy Royston the leeway to stretch out on each composition. 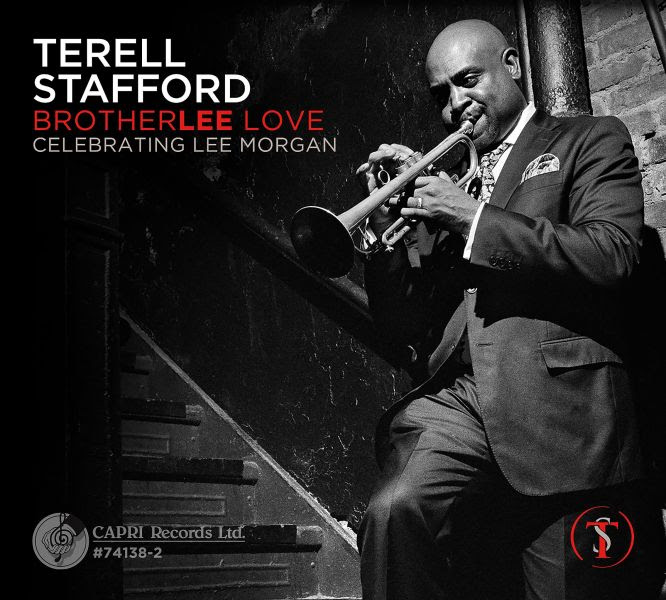 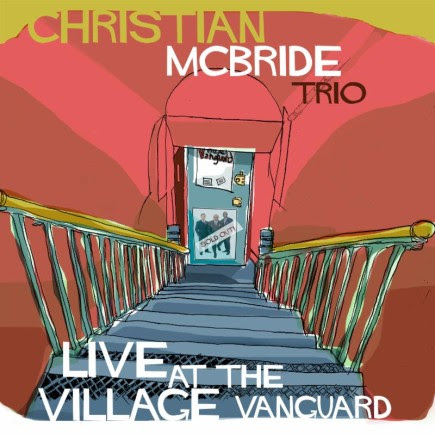 Christian McBride Trio
Christian McBride Trio Live at the Village Vanguard (Mack Avenue Records)
Jazz bassist Christian McBride had a simple formula for this Grammy-nominated album select nine compositions with simple melodies and allowed pianist Christian Sands and drummer Ulysses Owens to pour their chops over the compositions. As a bandleader, McBride has his hands in a lot of pots. He runs his Grammy-winning big band and the ensemble Inside Straight, and he made albums with each group for Mack Avenue. This trio outing, however, is his best work to date for the company. Listening to this album, I couldn’t help wondering if McBride designed the trio around Christian Sands’ chops.  Sands swings 24/7 and listening to him go-for-broke solo on “The Lady In My Life” gave my soul goosebumps.

Jacky Terrasson
Take This (Impulse!)
Ultra-conservative jazz devotees might want to put pianist Jacky Terrasson before a firing squad because of how he reworked Bud Powell’s gem “Un Poco Loco,” and Paul Desmond’s timeless hit “Take Five”. Conversely, those jazz lovers who approached the music with an open mind and who want an inspired listening experience will praise Terrasson from being a habitual risk-taker. Terrasson does some of everything on “Take This” such as singing, beatboxing, and playing the shit out the piano.


Alto saxophonist Vincent Herring is no stranger to red-blooded American blowing sessions. The past decade Herring has been in some memorable ones with his running buddy tenor saxophonist Eric Alexander. “Night and Day” qualify as a blowing sessions, but this time, around Herring is on the frontline with Jeremy Pelt, a trumpeter dropped from the heavens into the jazz world and has been a blessing to every band he’s played in. Pelt didn’t perform on every cut on “Night and Day”, but when Herring needed Pelt’s services he blew his ass off. Check out “The Adventures of Hyun Joo Lee” and “Smoking Paul’s Stash”.
Posted by Charles L. Latimer at 8:38 PM No comments:


Inside the Knight Suite at the Carr Center Sunday evening, a long overdue tribute to the late jazz pianist Kenn Cox was held. Over four decades Cox, who died in 2008 of lung cancer, was respected around the universe as a top tier jazz pianist, composer, educator, deep thinker, and entrepreneur. Cox’s  musical accomplishments are too vast to list in a blog post. Around Detroit, he led some heavy jazz bands such as the Contemporary Jazz Quintet, the Guerilla Jam Band, and Kenn Cox and Drum.

The 90-minute tribute concert was well organized and hosted by one of Cox's protégés bassist Rodney Whitaker. Whitaker and Cox's relationship date back to the early 80’s, and during the first set, Whitaker prefaced each composition the ensemble performed with stories about his relationship with Cox.

For the first set Whitaker’s ensemble saxophonists Diego Rivera and Vincent Bowen, drummer Sean Dobbins, pianist Corey Kendrick and vocalist Rockelle Fortin performed compositions that were fixtures in Cox’s repertoire such as “Alone Together,” “You Go To My Head,” “Lamar” and “Cherokee”.  The first set was a hip dress rehearsal of sorts for the second, which featured Cox’s originals. Before the set began, Whitaker conducted a Q&A with Cox wife, Barbara.

She talked some about their marriage, revealing Cox was drawn to her early on because she was into Sun Ra, Thelonious Monk, and Archie Shepp. She also talked about the times they took one night trips to Chicago to hear Miles Davis and Jackie McLean. The Q& A closed with her reading excerpts from Cox’s journal. Then Whitaker's ensemble nearly burned up the bandstand with Cox’s original “Mandela’s Muse,” followed by “Cultural Warrior,”  “Love Dance,” "Buhanina,”  and “Beyond A Dream.”.

Trumpeter Rayse Biggs and vocalist Shahida Nurullah were special guests. If Cox were in attendance, chances are he would’ve favorite how wonderfully Nurullah sang “Love Dance” and how angelically Rockelle Fortin sang “You Go To My Head”.

There were many OMG moments during both sets. The tribute was befitting a jazz musician of Cox’s influence and genius. Honestly, it’s impossible to single out a standout solo or showstopper because each musician – including the four students from the Michigan State University Jazz Orchestra – showed up with their A-plus game.
Posted by Charles L. Latimer at 6:47 PM No comments:

Minutes before the Michigan State University Jazz Orchestra played the first piece of their Sunday evening concert at the Carr Center in downtown Detroit, the Director of Jazz Studies at the University, bassist Rodney Whitaker, told the audience to fasten their seatbelts.

Two choruses into the opener “Things to Come,” it was apparent why Whitaker wanted the audience to hold on. The MSU Jazz Orchestra, nicknamed the Be-bop Spartans, took the audience on a two-hour joyride through the backstreets of some well-known jazz classics. Guaranteed no soul left the Carr Center unconvinced the Be-bop Spartans are an elite collegiate jazz orchestra.

The Be-bop Spartans put everything on the line for each song they performed. Three songs into the set the orchestra was playing with such force and self-assurance, I thought they were competing for the Big Ten championship. The orchestra was under a lot of pressure given their special guest was the legendary jazz drummer Jimmy Cobb whose career in music spans five decades.

The orchestra had the bandstand sufficiently heated by the time Cobb joined in to play “Two Bass Hit,” “Straight No Chaser,” and “Giant Steps”. Cobb soloed beautifully on each number, showing that at his advanced age, he hasn’t lost one ounce of the piss-and-vinegar he possessed as a key figure on landmark jazz albums such as “Kind of Blue” and “Giant Steps”.


Cobb was why most of the audience attended the concert. But, I daresay the Spartans stole the show. Everybody was banking on Cobb tearing-the-roof-off-the sucker. What was shocking was how the Be-bop Spartans flourished in the midst of such genius and greatness. Over the years, this reviewer has heard many of Whitaker’s recruiting classes. This class, however, is his most exciting and gifted.
Posted by Charles L. Latimer at 9:49 PM No comments: