I owe you a big apology, John. When I put together my top 10 jazz albums of 2011 list, I left off “Dancing with Duke an Homage to Duke Ellington”. I played the album all last week. I hate I didn’t include it. It’s an outstanding shot-out to Ellington. Your trio piano player Cyrus Chestnut and drummer Adonis Rose did justice to the nine Ellington songs you picked.

Cyrus’s soloing on “Pie Eye’s Blues,” “Do Nothing ‘Til You Hear from Me,” and “I Got it Bad(And That Ain’t Good) was some of his best work to date.

Cyrus has always been my man. I have all his albums on Atlantic Records. Cyrus could do no wrong in my eye. “Revelation,” “The Dark Before the Dawn,” and “Soul Food” should be considered classics. But, since Cyrus left Atlantic, Cyrus has slipped some.

Cyrus's output has been hit or miss, and I questioned if Cyrus had used up his mojo. His last album ,"Journeys," which I adored proved Cyrus still has the goods. I never gave up on him.

On “Dancing with Duke,” Cyrus plays so much piano I wondered if he had more than two hands and ten fingers, given the flurry of notes he played on “In a Mellow Tone”. You Know, John, I wouldn’t be surprised if some people thought Cyrus was the leader of your trio. His presence was that strong.

John, last year I reviewed about 200 jazz albums. It was hard picking my ten favorite. I’ve been doing it for 20 years now, and I never look forward to it.

“Dancing with Duke” was a treat. Ellington would’ve enjoyed it, and put it on whenever his buddies Johnny Hodges and Billy Strayhorn visited. If Ellington was around today, and still running his orchestra you’d be on the payroll.

Like Ellington’s bass player Jimmy Blanton, you have blue collar chops. Cyrus and Adonis sounded grand because you’re backing them. Putting out “Dancing with Duke” was a swell way to honor of Ellington's music. Forgive me for overlooking it.
Read more »
Posted by Charles L. Latimer at 2:32 PM No comments: 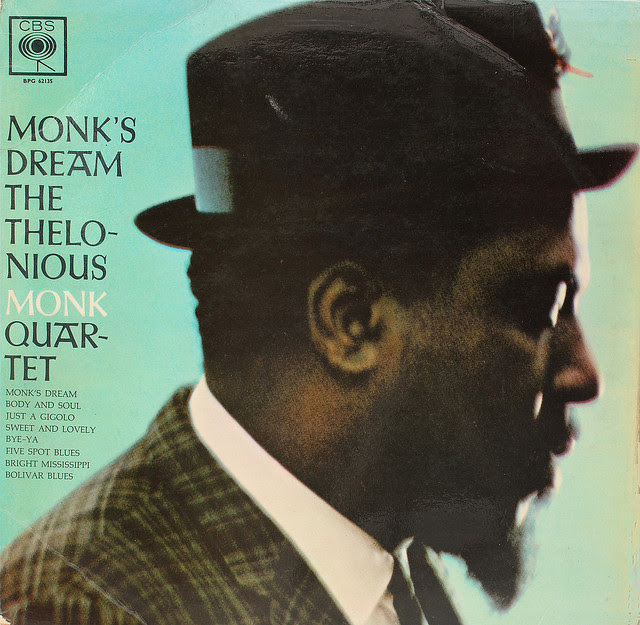 Monk, I spent the weekend at home listening to some of your classic albums. I don’t know why I locked myself up with your music. I didn’t have anything planned. Over the weekend, the weather in Detroit was bad. It snowed Saturday and it rained off and on Sunday. My blogging output has slowed down. So far, I’ve only received five new albums. I’ve only attended three concerts. I’m expecting things to pick up soon.


Anyway, I put on “Solo Monk” first. I’m not a big fan of solo piano. But I always loved when you performed alone. Most solo piano albums I’ve listened to come off as practicing. Not your solo sets. I had a surreal moment with “Solo Monk” as if you and Nellie invited me over for beer, sandwiches, and a private concert. I was in heaven.

Just me and you in your study as you played “Dinah,” “Sweet and Lovely,” “I Surrender” and other Monk classics. At one point, I envisioned Nellie walking into the study carrying refreshments as you began “I’m Confessin’ (That I Love You)”. Nellie put the refreshments on the table next to Robin D.G. Kelley’s biography “Thelonious Monk the Life of an American Original”.

Then Nellie asked me to dance. I put my arm around her waist and we slow dragged. Monk, Nellie is like my wife soft-spoken, petite and seemingly born to be an unselfish wife.

After I was finished with “Solo Monk,” I put on “Monk’s Dream”. That’s my favorite Monk album mostly because of your longtime running buddy Charlie Rouse. As a tenor player, Rouse was unsung. I never hear Rouse mentioned when great jazz tenor players are discussed. Rouse was a craftsman. Rouse never played wildly. He was too down to earth for that. I gather that was why you hired Rouse in the first place.

Monk,  back in 2006, I got into an exchange with my editor at the Metrotimes. Blue Note Records had released “Thelonious Monk Quartet with John Coltrane Live at Carnegie Hall”. All the leading jazz magazines talked about how great it was. It made many noted jazz writers—including my editor’s—list of top jazz albums of 2006.

It didn’t score well with me. It was overrated. I told my editor so, adding the only tenor player that you really connected with was Rouse. My editor asked what about your work with greats such as Johnny Griffin, Harold Land and Sonny Rollins. You and Rouse were soul-mates.

Speaking of Johnny Griffin, I played your live album “Misterioso” next. You made it at the Five Spot in the summer of 1958. Griffin was in the band along with drummer Roy Haynes and bass player Ahmed Abdul Malik. Honestly, it wasn’t your best outing. I fault Griffin. Griffin was in his own little world, sleepwalking through your songs and his solos. Honestly, Monk you were off your game.

I followed up “Misterioso” with “Thelonious Monk Quartet plus Two at the Blackhawk” and “Underground”. On the latter album, I kept replaying “In Walked Budd”. Next to “Rootie Tootie” that’s my favorite Monk song. I especially love the version of “In Walked Budd” on "Underground" because you did it with singer John Hendricks, the king of jazz scatting. Hendricks could take apart a song part by part like a mechanic a transmission.

By now, you may be tired of me going on and on about your work. Chances are you forgot about many of your albums In your lifetime, you made so many classics I imagine it would be hard to keep track. Monk, you played the piano as if it were an extension Nellie, taking your own sweet time with each note that you played. For proof, I point to “Everything Happens to Me,” the eighth cut on “Solo Monk”. It was the best weekend I’ve had in a long time.

Posted by Charles L. Latimer at 6:03 PM No comments:

COMING DOWN THE PIKE

For “The Monk Project,” which IPO Records will put out January 12. Owens gives a facelift to some of Monk’s classic tunes “Blue Monk,” “Well You Needn’t,” and “Brilliant Corners,” for example. Owens kept things respectable, and he never took stupid risks with Monk’s work. Hell, Monk music is hard enough to play as is. Owens understands that. 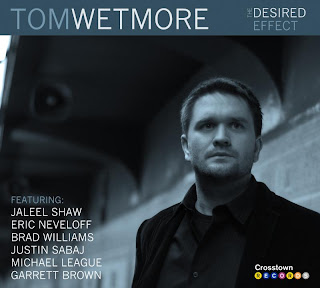 Tom Wetmore is a jazz piano player and a composer from Massachusetts in the process of building his brand brick by brick. Thusly, Wetmore has earned enough street cred to work with greats such as Clark Terry, Slide Hampton, and Bernard Purdie. “Desired Effect” is Wetmore’s first time in the captain’s seat. The album is due out January 17.

On the album, Wetmore made some smart choices. He played the electric piano throughout, which gives many of the songs a latter-day Miles Davis feel, particularly “Wild Card” and the title cut.


Wetmore smartest move was spreading around the rhythm section duties to guitar players Justin Sabaj and Brad Williams. This is not the can of jazz album picky jazz purists fancy. Wetmore infused every square inch of it with the zest only a hungry upstart embodies.

“Smul’s Paradise,” the new album by baritone sax player Gary Smulyan, is an organ driven project Smulyan always wanted to make. Smulyan is jazz’s sharpest baritone player (at least he is in my book) and is the heir apparent to the greatest baritone player off all times the late Pepper Adams.

“Smul’s Paradise” is Smulyan nod to the era in jazz when organ albums put out my organ greats Lonnie Smith, Don Patterson, Jimmy Smith, and Larry Young were popular. Smulyan was a big fan of that period. Organ jazz is played out now although the jazz world is littered with some wonderful organ players.
Smulyan for this project hired one of the finest in Mike LeDonne.

Although the album is billed as an organ throwback project, “Smul’s Paradise” is the kind of biscuits and gravy jazz album Smulyan always makes. Still he deserves props for stepping outside his comfort zone at this leg of his career. “Smul’s Paradise will be available nationwide January 17 on Capri Records. 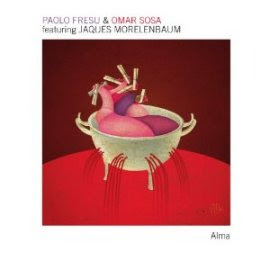 Do not be alarmed if you never feel like dancing while listening to Omar Sosa’s new date “Alma,” which is Sosa most pensive album to date, and which I found hard to categorize. Normally, Sosa plays damn near ever form of jazz from Afro-Cuban to free jazz. Apparently, Sosa was in a solemn mood when he made this album with the celebrated Italian trumpeter Paolo Fresu.


This album is not the first time Sosa and the trumpeter have hooked up. In 2007, they put out the album “Promise,” and two year later they toured Italy.

Fresu is a good trumpeter who invested a great deal of time studying Miles Davis. Fresu fits with Sosa like peanut butter and jam. Sosa is a creative guy. He likes to use gadgets. He uses plenty of them on “Alma”. Sosa is a swinger and an exciting  showman as well. This time around Sosa seems perfectly content with showing off his virtuosity. 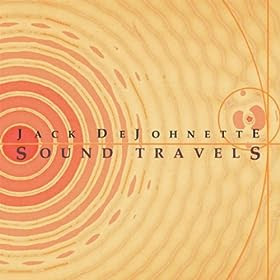 What is there left for drummer Jack DeJohnette to do? DeJohnette has been involved in every jazz movement since hard bop. To date, he has made over 30 jazz albums as a leader. It would consume too much time to count his output as a sideman.


This year DeJohnette will receive the National Endowment for the Arts Jazz Master Fellowship. That is the highest honor for a jazz man. That alone seems like enough for the drummer to prop his feet up on his laurels, right? Not DeJohnette. January 17, he will make public his new album “Sound Travels”.

Many DeJohnette fans will be a bit disappointed because outside of composing all the tunes on the album DeJohnette did not play a big role. He centered the compositions around he’s special guest. There are plenty.


“Sound Travels” is a low-fat jazz album. DeJohnette shares the light with established stars Bruce Hornsby, Tim Ries, and Bobby McFerrin and contemporary heavies Esperanz Spalding, Ambrose Akinmusire, Lionel Louke and Jason Moran. This is a cross cultural get together.
Posted by Charles L. Latimer at 1:27 PM No comments: