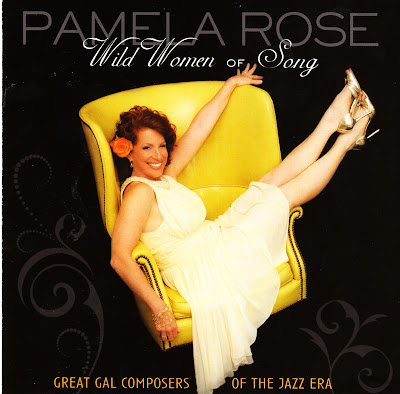 I normally wait until an album’s release date to post my comments, but I wanted my readers to know about your new album “Wild Women of Song”, in advance. Pamela I must confess when I received your album last week I figured it was another uninspired vocal jazz album. This year I have received many albums by vocalists. To be honest, they all sound alike, and I figured your album would be the same, and I reluctantly played it.

Pamela, I was wrong. I owe you an apology because I dismissed “Wild Women of Song” before spending quality time with it. I try to be impartial, but sometimes I become frustrated. I’m often inundated with bad recordings. Anyway, you made a solid album. I recommend my readers purchase two copies.If they wear out the first. They will have a back up copy. By the third song I was hooked.

You’re smart not adding an orchestra to the mix. Most of the vocal jazz albums I listened to this year the vocalists were accompanied by orchestras, and they seemed to be jockeying for the listeners attention. I am glad you trusted your voice.

Your choice of instrumentation is worth noting as well. You performed with an organist and a guitarist, putting them together with a small horn section on the title selection “Wild Women Don’t Have the Blues”.I also liked your approach. Listening to “Bruised Around the Heart” and “I’m Not Missing You”, I wondered
if you grew up around storytellers. Your style of singing is conversational. It sounded as if you are singing short stories. You remind me of Sheila Jordan. .

Your decision to perform songs written by women such as such “I Didn’t Know About You” by Peggy Lee, “A Fine Romance” by Dorothy Fields, and “Down Hearted Blues” by Alberta Hunter thrilled me.

I felt as if I attended a history course on forgotten women songwriters. I bet Peggy Lee would have adored your interpretation of her song. Pamela, you’re I fine jazz and blues vocalist. “Wild Women of Song” was part romantic and part blues. You’re able to it both to coexist nicely.
Posted by Charles L. Latimer at 9:31 PM 1 comment: 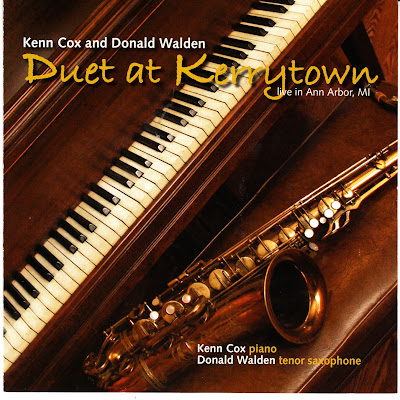 I saw the ad for “Kenn Cox and Donald Walden Duet at Kerrytown”, a live album you and the saxophonist cutback in 1994, in the Metrotimes. The ad announced therecording would be available at the DetroitInternational Jazz Festival. I planned to purchase the date at Street Corner Records booth, but opening night of the jazz festival Bruce Hutchinson, one of the album’s producers gave me a copy. I’ve listened toit repeatedly since. The album feels as if you and Donald allowed a select group of fans to listen in on a rehearsal.Theplaying on "Duet" is equal to the two fine albums by saxophonist Archie Shepp and pianist Horace Parlan"Goin' Home" and "Trouble in MInd"

Kenn you and Donald were two of Detroit best musicians. Kenn I miss you so much. I listen to your solo on “Low Flame” on saxophonist James Carter’s album “Live at Baker’s Keyboard Lounge” daily. That solo epitomizes your style. You never rushed a solo. You you’re your divided adherence to each note, and you treated the piano with the utmost respect not banging and abusing it as if you despised it. Your fingersmade love to the black and white keys. That attention to detail and reverence showed on “Duet”, especiallywhen you soloed on “Misterioso”.

Walden was the perfect counterpart. In my eye’s, Walden was always a preserver of be bop. Walden was alsoa gatekeeper of Thelonious Monk’s music, understanding the the nuts and bolts of the Monk's music. Thesaxophonist proved the On the two of three Monk’s classics selected for this album “Ask Me Now” and“Worry Later”.

If someone asked me to recommend a Walden composition that shows him at his best, I would point to“Portrait of You”, the ballad he wrote for his wife Marsha Walden. “This Goodbye Could Last a Long, LongTime” would be my contingency recommendation.

I told Walden playing ballads was his hallmark. I always cited Walden's treatment of Monks ballad “RubyMy Dear” on Walden’s sophomore album “A Monk and A Mingus AmongUs” as proof of the saxophonist affinityfor ballads. Walden was a modest musician.

Kenn on “Worry Later” you played as if you figured out how to channel Monk’s spirit. I am sure now you andWalden have settled in heaven. The Detroit and Ann Arbor jazz community miss you guys something awful. Fortunately, people in Detroit such as Bruce Hutchinson, and bassist Marion Hayden who wrote the album liner notes are keeping your music and Donald’s alive.
Posted by Charles L. Latimer at 10:59 PM No comments: 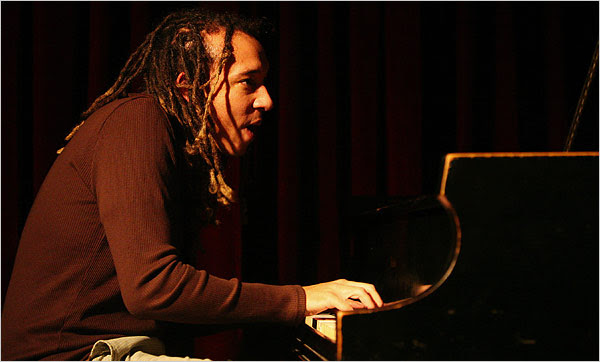 I’m Charles L. Latimer. I published this jazz blog. I won’t consume much of your time. You’re probably busy practicing or composing. I want to tell you about this fantastic young piano player. His name is Gerald Clayton. He’s a native Californian. He’s 25-year-old, and his dad is the renowned bassist John Clayton of the Clayton-Hamilton orchestra.

I had the opportunity to hear the pianist last Tuesday evening in an intimate setting. Gerald performed two solo sets in the living room of Andrew and Diane Rothman’s home in West Bloomfield, Michigan. The Rothman’s run an organization call the Detroit Groove Society. They host home concerts. Some notable jazz musicians such as pianists George Cables and Bill Mays have performed in the Rothman’s home.

Andy is a lawyer, pianist and avid jazz enthusiast. Andy is a decent piano player. A few years ago, I interviewed him for an article about his organization afterwards he played a piece of music he was studying.

During the interview he joked that he only pursued law after realizing he did not have the chop to make it as a professional musician. I concluded after listening to him that he would’ve been a good pianist had he stuck with it. I’ve only attended two of their concerts. I must admit the concerts were a classy affair. The attendees thoroughly enjoy the music, and the Rothman’s seem to have a grand time hosting.

Gerald quipped it was the first time he’d practiced in front of an audience. He was
kidding, of course, but I felt he was serious. Mr. Powell, both sets were exceptional. Gerald played as if he’d mapped out the performance months beforehand, performing selections from his new album “Two-Shade” and a handful of jazz standards.

Mr. Powell you should buy Gerald’s album. His influences are obvious. When plays in this dad’s quintet, I recognized traces of Gene Harris’ DNA in Gerald’s soloing. At the solo concert, I felt your spirit in the room coaching Gerald on what lines to play. Like you Gerald's play are sophisticated.

That evening Gerald played, he some ragtime, swing, bebop, and the blues. I heard Gerald twice before. I first heard him on trumpeter’s Roy Hargrove’s album “Ear Food”. Gerald floored me. He never got in Hargrove’s way. Gerald was gracious and treated the piano with respect. He did not beat on it as if he was angry at it. His soloing was concise yet memorable. I’ve been turning friends on to Gerald since at last year Detroit International Jazz Festival.

Mr. Powell if you have some free time check out some of Gerald’s performances on YouTube, track down the Hargrove’s date and listen to “Brother to Brother”. On the latter album, Gerald plays with his dad and uncle. You get an adequate sampling of Gerald’s diversity.

I hate to make predictions. However, when discussing Gerald I can’t help it. Someday he’ll be just as accomplished as his dad who has won a Grammy arranged from the likes of vocalists Nancy Wilson and Whitney Houston. Mr. Powell thanks for giving me a minute of your time. I hope I inspired you to investigate Gerald. I’m sure you’ll discover you influenced him plenty.