HALIE LOREN'S FIFTH ALBUM IS SOMETHING TO BEHOLD

I promised Maureen McFadden of DL Media, the company that handles publicity for Justin Time Records, I’d spend some alone time with your new album ”Heart First”. Maureen shipped it to me a few weeks ago.  I gave it my undivided attention Saturday afternoon. I couldn’t find anything wrong with it. Not that I was searching for flaws. Nowadays, it seems impossible to make a flawless album., but you pulled it off.

Of the albums by jazz singers I received this year, “Heart First” is the one that stands out the most. Before I played it,  I did some homework. I discovered you grew up in Nashville, and started writing songs as a teenager. “Heart First” is your fifth album, and overseas you're a big star.

You've been compared to Norah Jones and to Diana Krall.  Loren, from where I sit, you’re a better singer than they are. “Heart First” showed you have more versatility. At times, Norah can be bland, and not so long ago Diana was pound for pound the best jazz singer around. Now she’s a crossover sensation. You're a singer who can't be typecast.

In general, what bugs me most about jazz singers is their reluctance to step outside their comfort zone of singing mostly jazz standards. There’s nothing criminal about singing standards, but what's the point if jazz singers are going to sing them like Ella Fitzgerald, Sarah Vaughn and Billie Holiday did.

At any rate, I was happy you chose to sing mostly new songs such as “Tender to the Touch” and “Woman’s Way”.  And it was cool how you dolled up the oldies “My One and Only Love,” and “All of Me”. On that one you slowed the tempo down to a crawl. The organ in the background was a nice nuance.

You put a lot of thought into “Heart First”. That much is obvious. None of the arrangements were overwrought. You pampered each song. It was clever closing the album with a redesign of Van Morrison’s gem “Crazy Love”. Monday, I'm going to drop Maureen a note, thanking her for staying on my case about listening to "Heart First"
.

Posted by Charles L. Latimer at 5:42 PM No comments: 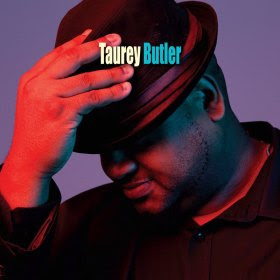 Jazz piano player Taurey Butler has been compared to Oscar Peterson. If you pay close attention to Butler’s new self-titled album, which Justin Time released last week, you will conclude piano player Cyrus Chestnut had a bigger influence on Butler. His world premier is like Chestnut’s early albums “Revelation,” “The Dark Before the Dawn,” and “Earth Stories”. Butler sounds as if he used those albums as guideposts. Like Chestnut, Butler can play beautifully and rambunctiously. He's comfortable with gospel and the blues. Butler raises hell throughout the album, particularly on “Please Send Me Somebody to Love” and “Preacher”. 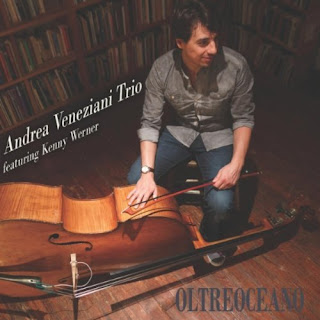 The upside of bass player Andrea Veneziani hiring piano player Kenny Werner to play on his first album “OLTREOCEANO” is Werner brings a craftsman’s touch to every song. Werner is a prodigious piano player with a ton of frequent-flier miles, and he can unconsciously bogart a session, which he does on “OLTREOCEANO”.  Veneziani is a wonderful bass player, and he has history with Werner. He was Werner's pupil, and their camaraderie is apparent on “Night Flight” and “Time Remembered”. Veneziani gives a glimpse of his virtuosity on "Free Episodes#1," but overall, Veneziani behaves like a sidekick instead of  the leader. He allows Werner to bogart the session.

Posted by Charles L. Latimer at 7:56 PM No comments:

On jazz singers Kathy Kosins’s new album “ the Ladies of Cool,” her lovely, soft, and soothing voice made me want to curl up in her lap, and listen to her sing every song on the album over and over. “to the Ladies of Cool” is her first album for Resonance Records, and it’s due out March 13th.

The album appears to be a tribute album on the surface, but it isn’t although Kosins performs songs  jazz singers Anita O’Day, June Christy, Chris Connor, and Julie London made hip. Kosins gives a spit-shine to  “Learnin’ the Blues,” “Free and Easy” and “November Twilight”..

Before Kosins became a big time jazz singer, she made her bones on Detroit’s music scene. One of her first jobs was arranging and singing background for music producer Don Was of Was/Not Was.

Kosins built up her jazz and swing acumen in the JC Heard and Nelson Riddle Orchestra. Not long after that job ended she struck out on her own. Over time, she put out five albums, and racked up accolades by the mother-lode.

Days, after I listened “to the Ladies of Cool,” I shot Kosins some questions about the album's conception, and about her admiration of those West Coast darlings, which she gladly answered.

What inspired the making of "to the  Ladies of Cool"?

Although you’re toasting Anita O’Day, June Christy, Chris Connor and Julie London, "to the Ladies of Cool," doesn’t feel like a tribute album.

This is not a tribute disc. It is a contemporary exploration of the West Coast Cool movement that celebrates the artistry of those iconic vocalists, and the relationships the women had with the composers and arrangers who defined West Coast Cool.

What do you admire about those singers?

I loved their true sense of lyricism and understatement.

Were there obstacles making the album?

There were no obstacles for this project. It was almost as if I had a green light, and blessings from the spirits of the artists. They seemed to be with me on my journey from finding the songs, to hiring the arranger, to recording and mixing, and to designing the cover.

Was selecting the songs for “the ladies of cool” difficult?

It was a long process and I chose over 20 songs before honing in on the nine and writing the 10th to Johnny Mandel's instrumental of “Hershey Bar”, which is now titled “Hershey's Kisses”.

Did O'Day, Christy, Connor and London have a big influence on your style?

These women did not influence my singing. Miles Davis, Charlie Parker and many of the jazz instrumentalists from the 40's and 50's did.  But I grew up listening to those women on my mother’s stereo. I found I connected with each one on some fundamental level each for a different reason. I won’t give the reasons. The list is too long.

“Be Good” is jazz singer/songwriter Gregory Porter’s second album. In 2010, he put out “Water,” his first album, and it caught the jazz world off-guard. It was nominated for a Grammy, and surprisingly it made him the shit overseas. He kicked the dreaded sophomore jinx in the ass.

“Be Good” is a perfect album. It will make Porter a household necessity stateside. He can sing his ass off. Of the twelve songs on “Be Good,” Porter wrote ten. He writes more like a poet than a songwriter.

For example, “On My Way To Harlem,” he wrote: “I was baptized by my daddy’s horn. (That line floored me.) On “In Good Hands,” he’s a love-struck guy, asking his lady’s dad for permission to marry her, assuring him she’ll always be in good hands.

Porter stripped the old paint off the chain gang anthem “Work Song” and juiced up the tempo. On “God Bless the Child,” he sang a cappella. That was the only time on "Be Good" he showboated.

Piano player Oliver Jones is a loyal man. He’s been making albums for Justin Time Records since 1983. Sticking with a label that long is rare for any recording artist, particularly a jazz musician.

Why screw with a relationship that works? Jones--an Oscar Peterson acolyte who's not afraid to flex his virtuosity--has a new album on the market “Live In Baden Switzerland”.

“Live In Baden Switzerland” is a trio date recorded 23 years ago, and then shelved. Only Jones and the executives at Justin Time know why the album is just seeing the light of day.

At any rate, on the live album, Oliver covered a lot of ground. The late Ed Thigpen (for a long time Thigpen was Oscar Peterson’s drummer of choice) and bass player Reggie Johnson were at Oliver’s side.

Oliver's trio plays standards, ballads, blues, and gospel cookers. In short, the trio put on a complete show. “George Gershwin Medley,” “Something for Chuck,” and “Hymn To Freedom” were showstoppers. 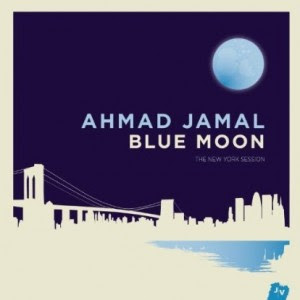 It’s one of the tightest jazz band's working. Last year, I caught Jamal’s band at Hill Auditorium in Ann Arbor Michigan. That show is engraved in my memory.

That night, Jamal had a cottony soft touch on ballads, and on up-tempo songs he switched tempos faster than a runway model switches outfits at a fashion show.

“Blue Moon,” is Jamal's new album. He recorded songs his band performed at Hill Auditorium, for example, “I Remember Italy,” and “Morning Mist”. On “Invitation” and the title track, Jamal was playful with Riley, intercepting his rim shots mid-flight.