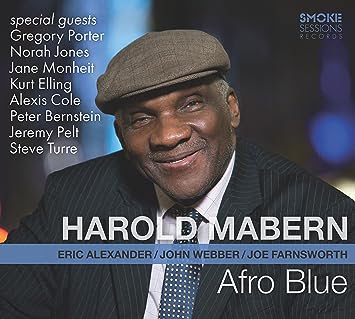 To call the jazz pianist Harold Mabern a legend is a gross understatement. Piano God would be a more fitting distinction. Mabern's musical history would take weeks to adequately breakdown. Worth touching on, however, is his affinity for accompanying vocalists. Chances are vocalists from all walks of life have Mabern on speed dial. At the center of his new album “Afro Blue,” are some of today’s top-tier jazz vocalists. Smoke Sessions Records made it available April 14th. Mabern invited to the studio jazz vocalists Gregory Porter, Kurt Elling, Norah Jones, Alexis Cole, and Jane Monheit. The result is a house party of sorts. Porter gets the party rolling on the title cut and “The Man from Hyde Park”. Elling is the life of the party, which isn’t surprising, he stands toe-to-toe with Mabern on “Billie’s Bounce”. Jones pour her voice all over Mabern’s piano on “Fools Rush In” and on “Don’t Misunderstand”. 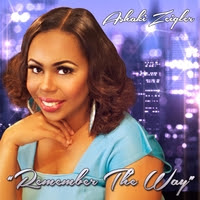 Detroit vocalists Ashaki Zeigler started hand stitching her career in the mid-90’s in the late jazz pianist Harold McKinney’s workshop The Detroit Artist and Jazz Performance Lab at the Serengeti Ballroom. Then she moved to the late pianist Teddy Harris’s jam session at Baker’s Keyboard Lounge. Often she was the only vocalist present. She held her own amidst a bunch of grandstanders. Over the years, Zeigler continued to grow artistically.Unfortunately Zeigler isn’t a household name yet as some of Detroit’s high echelon jazz female vocalists like Ursula Walker, Barbara Ware, and Audrey Northington. What Zeigler shares in common with those greats is class. Zeigler’s self-produced duet album “Remember The Way” shows she is comfortably proficient in jazz, R&B, smooth jazz, too. On top of that, she has the kind of voice you’d love to sing you to sleep every night. For proof, listen a few times to the title cut, which closes the album. The cuts likely to get the most water cooler talk are “Bye Bye Blackbird” and “Shakin’ It Off,” “The Nearest of You,” and Zeigler’s duet with bassist Ralphe Armstrong, the album’s co-producer.

“Take This” is pianist Jacky Terrasson’s first album for Impulse Records. Terrasson made three dazzling trio albums for Blue Note Records. He is uninterested in making run-of-the-mill jazz albums it seems. “Take This” has the pianist diving deep into that freaking glorious imagination of his and returning to the surface with fresh takes on some jazz oldies like “Un Poco Loco,” “Blue In Green” and two extraordinary takes of “Take Five”. 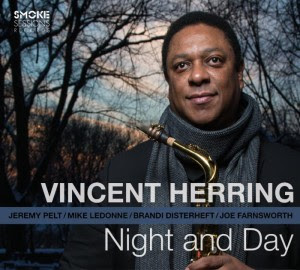 Alto saxophonist Vincent Herring has a blow-the-roof-off-the-sucker mentality, which is in plain view on his new album “Night and Day” Smoke Sessions Records will release the gem May 12th. Herring covers some familiar ground, stretching out on “Fly, Little Bird, Fly,” “Wabash,” “There Is Something About You (I Don’t Know). These selections sound even grander with Herring support staff pianist Mike LeDonne, bassist Brandi Disterheft, drummer Joe Farnsworth, and trumpeter Jeremy Pelt.
Posted by Charles L. Latimer at 7:45 AM No comments:

'SPHERICAL' TIM WARFIELD'S NEW RECORDING IS ALL ABOUT MONK 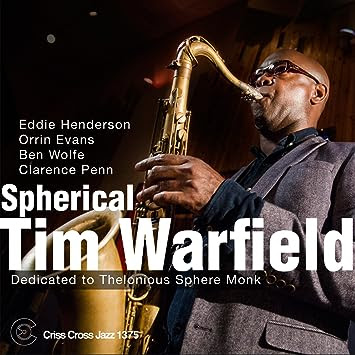 As a saxophonist, Warfield has substance, style, and chops galore. On top of that, Warfield has a gift for drawing brilliant feats of improvisation from his sidemen. Listen to how Warfield inspires the great trumpeter Eddie Henderson on “Off Minor Two”. Just last week, I Dig Jazz picked Warfield’s brain about “Spherical,”  his admiration for Henderson, and his loyalty to Criss Cross Records.

What inspired this Monk Tribute?

Pianist, Orrin Evans. This recording could not exist, without his conceptualized approach, which requires a "cubist" like methodology to blues and swing, to create idiosyncratic improvisations.

What impact did Monk’s music have on you?

I've been listening to Thelonious Monk's music since birth, as well as Miles Davis, Art Blakey, John Coltrane, Horace Silver and a plethora of other artists whose recordings were part of my parent's collection. My father loved Monk's music, but it was probably the least appealing to my ears, in early years. Back in the days when Monk was more of an enigma, I believe his music was much more of an acquired taste. It sounded wild to my young ears, and the dissonance was a bit agitating. I didn't find a deeper appreciation until around my early twenties when I began to study music in more depth.

Trumpeter Eddie Henderson is a standout on this album. What is your association with him, and what did he bring to the project musically and otherwise?

I've known Eddie Henderson for a few years now. The first time I heard him live was in 2001 in Copenhagen. I was performing at the Copenhagen Jazz Festival with Nicholas Payton. On our day off we went to go see Herbie Hancock's band perform music from his recording Gershwin's World." I was not only floored by Eddie's command of the instrument, but the huge core quality of "vocalism" he was able to execute through his horn. I actually contacted him in 2003, to play with a configuration of my sextet that featured Stefon Harris, Cyrus Chestnut, Vicente Archer and Rodney Green.

As far as the day of the recording, everyone, collectively speaking, came to play, as they always do. The music would have changed drastically with the removal of any one of the personalities. All their contributions were invaluable, but the seasoned maturity that Eddie brought to the session, to quote a common phrase used by Orrin Evan's, "was deep." He's an honest and selfless improviser, encompassing a thoughtfulness and daring all at the same time.

“Gallop’s Gallop”, and “Coming on the Hudson” are two of Monk’s lesser-known works. Why did you include them on the album?

Actually, I believe a good majority of the material chosen, were songs less frequently recorded. I researched the music with that intent. organist Shirley Scott once had a conversation with Terell Stafford and me, about all the great songs at our disposal, outside the obvious overplayed "oldie but goodies." I try to stand by that approach.

What was going through your head while you wailed on “Off Minor II”?

Listen and react appropriately. I know they are perceived as opposites, but I try my best to be both cognitively, yet viscerally connected to the music, hoping to play with a focus on what is required in the moment.

You have made a bunch of albums for Criss Cross Records. Why have you stuck with the company for so long?

I actually have recorded 13 albums with Criss Cross with "Spherical," being my 8th date as a leader.


Criss Cross has allowed me to carve out a niche, without any artistic interference, not to mention the recordings have the absolute best sound quality in my opinion. Time permitting, I usually participate in every aspect of my recordings, allowing me the opportunity to freely conceptualize. It's, therefore, an easy relationship that I have with Gerry Teekens {the founder of Criss Cross}He allows me to be me, and I believe that's what folks expect me to be.

Posted by Charles L. Latimer at 6:14 PM No comments: